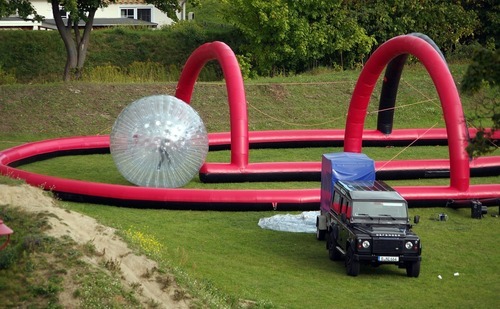 Humans come up with all kinds of different ways to make entertainment. Zorbing looks out of this world to many people. However, it is a fun activity that tests people’s balance and bodily movements. Here is a bit more information about zorbing’s history

Zorbing came about in the 1970s when plastic balls were created for rodent pets to exercise. The Dangerous Sports Club made the first zorb type ball with chairs in the 1980s. It was a 23 meter sphere that looked like a hamster ball. It was made for people seeking thrills and fun but it was eventually destroyed.

New Zealand became a well known place for zorbing when two friends invented a plastic version of a zorb ball which was suitable for standing. The ball was an experiment in keeping balance as people went down small hills and the speed increased. It was created in a garage and the creators still have a company today.

Zorbing became more well known in the 1990s when it was viewed on shows like Gladiators. A 1991 film with Jackie Chan also made the sport popular. The sport of zorbing became a sport in the middle of the 1990s. New Zealand was an important location for the development of the sport back then.

Zorbing now has many variations including a zorb track which can be visited at Fun Crew USA. They created an inflated track with hills, slopes, and other declines or inclines. It is over 80 feet and is a fun and crazy way for friends to enjoy some time with some friends. Similar types of races now happen in the UK Canada and Thailand.

Critics have argued that zorbing is too dangerous after deaths in Russia and the Czech Republic in 2009. A number of laws have been introduced to make the sport safer.

Zorbing shows what a little creativity and thirst for fun can create, The history of zorbing shows the slow evolution of the sport and there will be more exciting changes in the future.